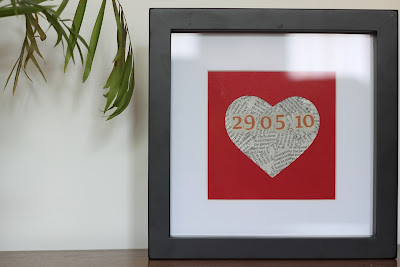 My beautiful anniversary present, hand crafted with love by Ben.

On Tuesday we celebrated our second wedding anniversary with our first date night since Phiney arrived. We put her to bed and headed out, leaving her with Ben's parents. To begin with it was weird, but then it was just lovely. Just us, walking hand in hand to the steakhouse we've been wanting to try out for ages. And man was the steak good. It was such a lovely evening and our baby girl slept the whole way through it all; she didn't even know we were gone.

ps. Sorry for another blogging gap. My cold developed into a gorgeous bout of sinusitis and I spent a week feeling as though I had been hit in the face with a cricket bat several times. The anti-biotics have kicked in now though, Josephine slept through the night last night and I'm feeling rested and well, at last. Blogging will (hopefully) return to normal now. Thanks again for hanging in there x
Posted by Nell at 17:17 10 comments: 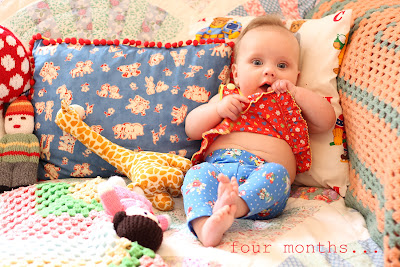 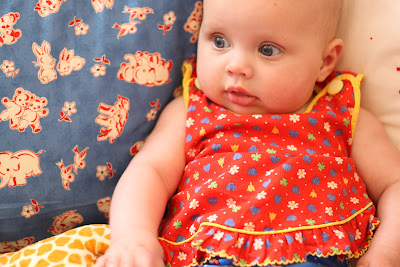 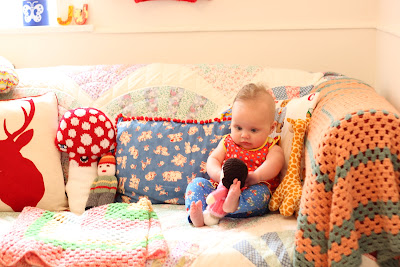 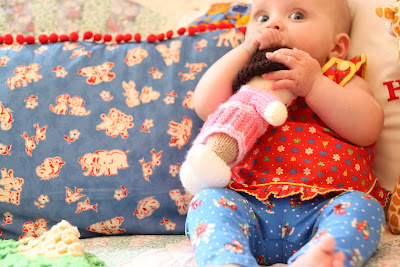 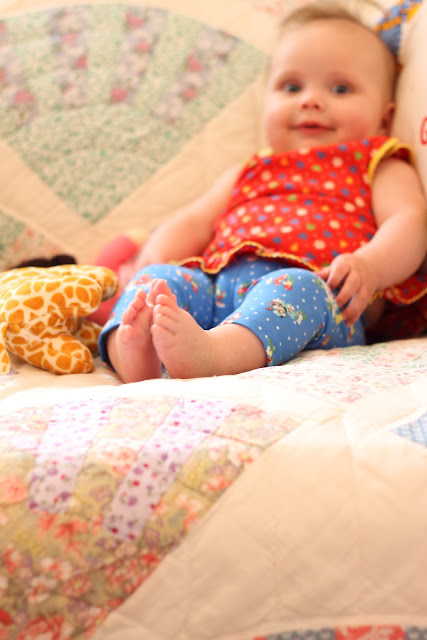 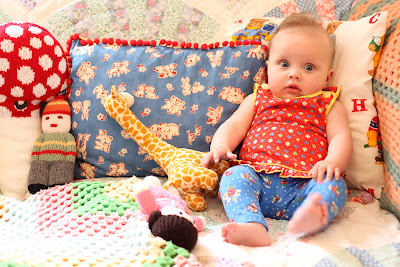 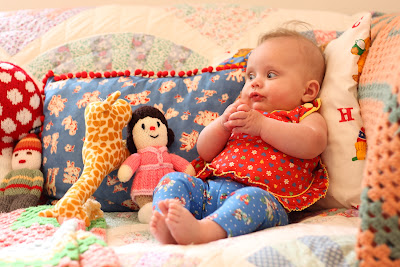 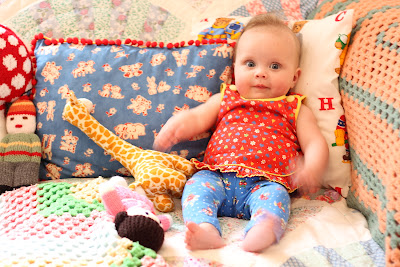 Josephine's Monthly Portrait. Taken in her nursery on the 18th of every month.

On Friday, Josephine turned four months old. FOUR MONTHS. How on earth did that happen? Over the last month she really has changed. As well as growing in length what seems like every day (she's becoming a bit of a string bean, something she certainly does not get from her Mama) she's now reaching and grabbing with speed and accuracy; will sit in her bouncer or lie in her cot for ages occupying herself with her favourite toys or by simply checking out the room, and has started making some pretty hilarious noises. Very high pitched, very girly screams crack us up daily.

And boy, does the girl have a sense of humour. The sound of her giggles fill the house and I honestly don't think there's a more beautiful noise. Whether you're tickling her very ticklish tummy, making silly sounds or are simply talking to her with your face close to hers, Josephine's bound to chuckle. Twice last week I was rocking her to sleep and she just burst out laughing. No idea what I did, but apparently it was very funny.

This little one is getting stronger every week and now desperately tries to sit up on her own, on a regular basis. We think her teeth are on the move as she'll sit smacking her lips and sucking her gums for ages. Ben thinks she very closely resembles an old man when she does this and I've got to say, it's a pretty accurate assessment. She also chats away all day long and if there's music playing, I swear she sings along. I may have to record her and show you. It's genius.

Plus she's doing so well with her sleeping. Despite being ill, she's still been in bed asleep by 8pm, waking up only once a night and sometimes not until 5am. We've even had the occasional night of sleeping right through (anytime Phiney wakes after 6am is sleeping right through in my book). I can't tell you what a difference those few more hours of undisturbed sleep make.

We love you so much Tiny Dancer. You rock our world.

Awesome vintage top (which came with matching bloomers that are still a little big) from this brilliant little shop.
Posted by Nell at 21:08 21 comments: 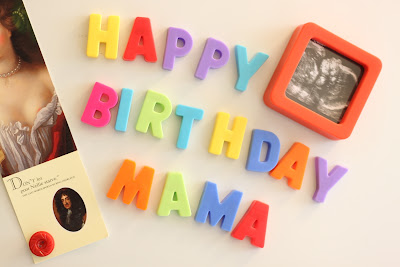 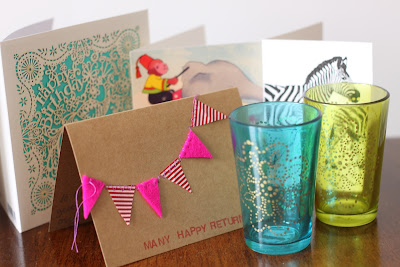 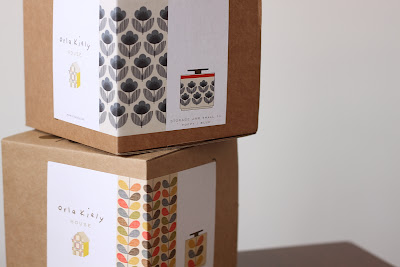 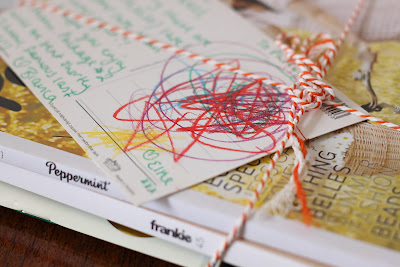 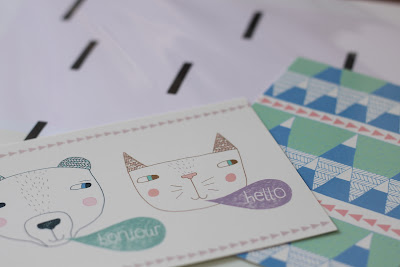 We're back! Apologies for the rather unscheduled absence over the last couple of weeks. Firstly I was preoccupied with sorting the house out in preparation for birthday celebrations, then came the parties themselves and then came the illness. The coughing, runny/blocked nose, gunky eye, sore ear variety. It hit us all and, four large boxes of balmy tissues later, we're still trying to shake it. I blame the entirely shite weather we're having here. It's mid-May for crying out loud and I'm still wearing a winter coat and scarf.

Thankfully, birthday treats and surprises in the post have kept my spirits up. The softest leather wallet, Orla Kiely a-plenty, beautiful books, Seventy Tree goodness and pretty magazines (both courtesy of the always divine Bianca) are just some of gifts that are piled high on our dining table.

And Teeny Phiney, the clever little possum, surprised me with a voucher for a full body massage. The kid's been a trooper while she's been ill, with smiles between every coughing fit and giggles despite the river of bogeys that have been streaming from her nose. Unbelievably, she turned four months on Friday; I'll post her monthly portrait pictures tomorrow.

Just like Em, this weekend was spent not spending. We're on a bit of a budget drive right now and so free canal walks will most definitely be on the 'ways to enjoy the weekend without splashing the cash' list. Despite a rather chilly wind, it was lovely to get out and about after days spent indoors getting better; just me, my boy and my babe. 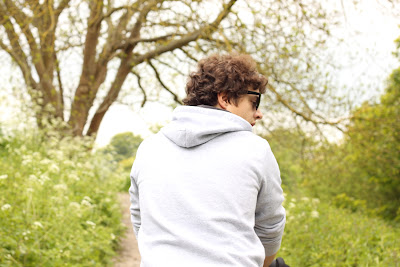 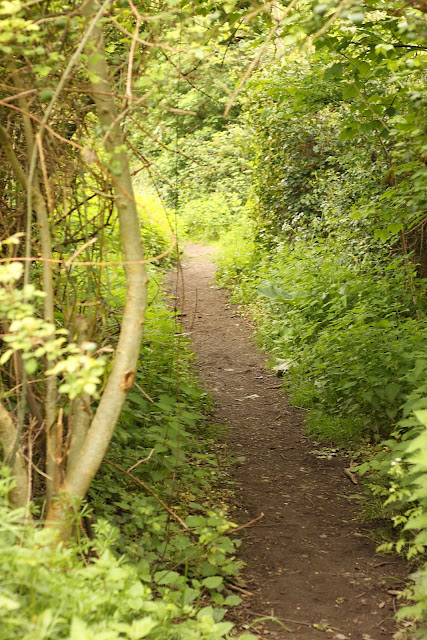 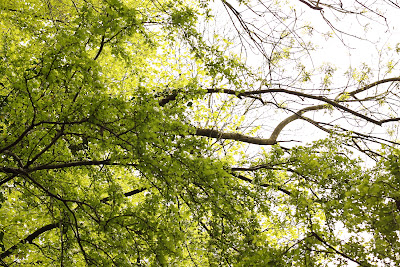 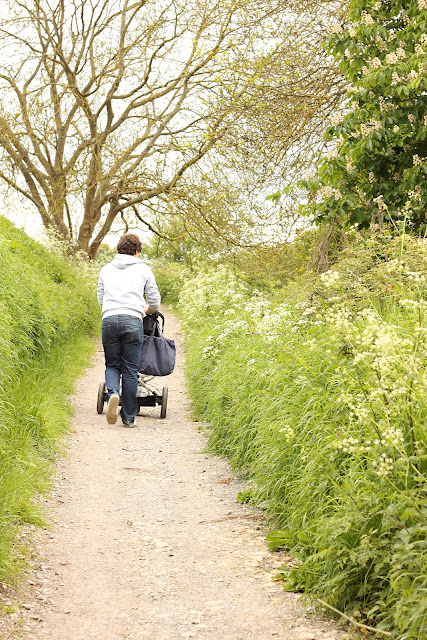 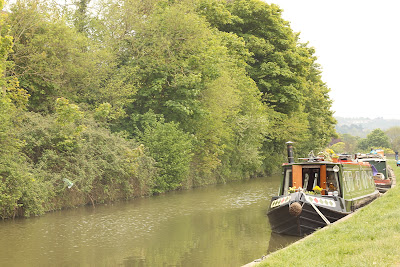 ps. I promise we're back now with regular posts. Thanks for sticking around xx
Posted by Nell at 22:31 10 comments: 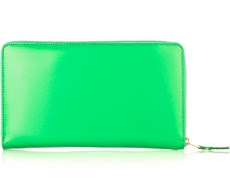 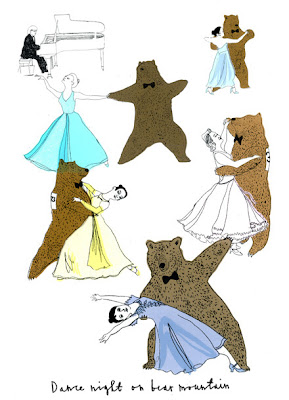 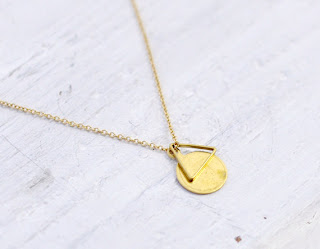 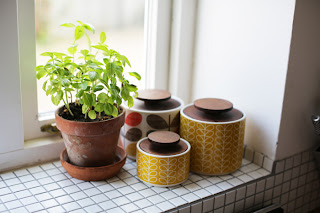 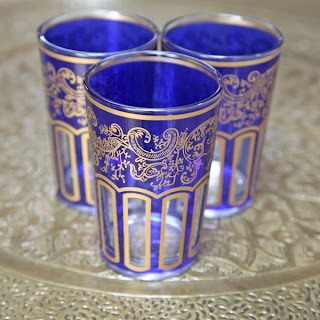 Isn't it always the way that when you have no money and no reason to splash the cash there's a list as long as your arm of cool stuff you're craving, and then it gets to your birthday and you can't remember a single one of them. That's how I'm feeling right now. Can't remember a bloody thing. So I spent last night's feed scouring Etsy and my favourite blogs searching for ideas.

Cool stuff...
1. Mmmm, clearly a bit of a dream gift but I love everything about this Comme des Garçons wallet.
2. Any of Charlotte Farmer's illustrations. Her work is so cool and when I saw her current exhibition I could have happily bought home at least five pieces to hang on our walls. I have this of hers, which serves as a very cool nappy bag, but I'm craving a piece of art now. Please.
3. Kerry appears to have passed on her triangle addiction. I love the simplicity of this necklace.
4. Orla Keily storage jars. I think this pattern is my favourite. As beautifully modelled in this gorgeous girl's super stylin kitchen.
5. I've been wanting some Morrocan tea glasses for a while now. I have a large vintage one and it's time to add to my collection. Again, what colour?!

Oh, and Lou? Great idea about haircuts and massages. I'm thinking of getting my hair chopped, a la Alexa, but waiting until closer to this so it's looking sharp for all those pictures.

Ben has the afternoon off next Thursday so I'm looking forward to some birthday fun just my little family of three, before the rest of the clan head over to shower me in gifts and watch me eat my body weight in cake. Birthdays rock.
Posted by Nell at 21:28 9 comments: 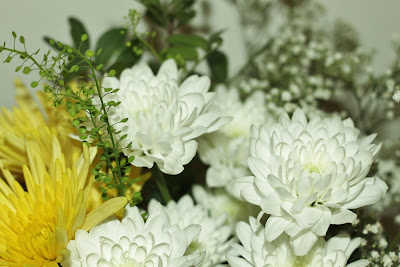 I just wanted to write a quick note thanking you all for the amazing and supportive comments on my breastfeeding post. I wrote and re-wrote that post and thought about hitting the Publish button for a long time, so the fact that so many of you took the time to write such heartfelt comments really touched me. And a special thank you to those people who also sent me amazing emails recounting your own struggles with breastfeeding - I'm writing the replies they deserve and promise to send them as soon as I can.

Writing that post has really helped me understand my feelings and come to terms with them. Today, as I sit here, I can honestly say that those last pangs of guilt and disappointment are fleeting. The bond between my daughter and I has in no way been damaged by my bottle feeding her and the most important thing is that she's happy and healthy and blossoming beautifully. Like I said before, that's all that matters. Plus, as Ben reminded me after reading my post (and buying me these pretty flowers because "you are amazing and I wanted to get you something to make you smile") bottle feeding Josephine has its benefits. He loves his feeds with Phiney; the time they get to bond even more and look into each other's eyes, and how Josephine always clasps her fingers over his when he's holding her bottle. And on Fridays and Saturdays, Ben happily gets up to do a night feed, giving me some much needed sleep. Which. Is. Awesome.

I was quite staggered by the response to my post, and by how many women struggled through the same thing I did. Some of you fought hard to continue feeding, some of you chose to embrace another route and some, like me, had that choice made for them. Whatever happened to you, thank you for sharing. Over the last two years this blogging community has continued to surprise me with what a wonderful thing it is and that, whether you live in the next town or across the seas on the other side of the world, the blogosphere ensures that no matter what you're going through, how you're feeling or what advice you're searching for, there are people out there going through the same, ready to lend an ear and support you.


Blimey. The last few posts have been rather hardcore, what with 3am cot side cries and recollections of my toughest days of motherhood so far. Tomorrow there will be talk of birthdays and presents and how I'm going to celebrate turning 28 next week and my first birthday as a Mama. Plus I'll need you're advice again...on what to add to my birthday wish list! Because, whether it's the most difficult of topics or the most frivolous and fun, you guys always offer the best advice.